Morgan was our second child, a beautiful baby, with a peaches and cream complexion and a radiant smile. As early as six weeks, however, when she wasn’t yet smiling or connecting with us, I began to fear  that  something wasn’t quite right. When she was four months old and not yet holding up her head or reaching other milestones, our pediatrician sent us to a pediatric neurologist who did an MRI. “Your daughter has a myelination problem,” he told us. “It could be delayed myelination, arrested myelination, or de- myelination. Come back in four months. We’ll do another MRI and know better.” Four months later I was back in his office. “ There’s no change,” he said. “This means it’s probably demyelination.” I asked him what that would mean for her development. “ Bluntly he explained that she probably wouldn’t do a lot of the things you would expect her to do. “Will her vision get better, will she walk and talk, get married?”  I remember asking, trying to grasp the enormity of what he was telling me.”   “I can’t predict the future” was all he would say.

I’ll never forget the walk I took up Madison Avenue that day in the crepuscular late October chill, weeping so hard I could barely see where I was going as I pushed my beautiful eight month old in her stroller. “ How could this be happening? When I arrived home I had to break the news to my husband. Grasping at straws, we decided we would surround her with love, and do everything we could to help with her development. We enrolled her in all kinds of therapies – physical therapy three times a week, cranial- sacral therapy to massage her brain ( she screamed through the whole first session, clearly in pain, so we discontinued that immediately), and found an early intervention program for children with low vision at the Jewish Guild for the Blind which she happily attended for two and a half years. I kept asking the PT whether she’d ever sit unaided, and we were all thrilled with each seeming improvement in her ability to hold up her head. When she was 15 months old our pediatrician suggested that if we wanted to know whether there was some genetic component to her condition we should see Dr. Isabelle Rapin, the “ smartest woman in the world.” Ten minutes after Dr. Rapin examined her, and aided by the form I had filled out that revealed our Jewish ancestry, she had a diagnosis for me: Canavan Disease. Isabelle was even more blunt than the first neurologist had been: “She will never develop very much, and will die young.” Then, kindly, she made an office available so I could call my husband in private. By the time I got home, my husband and both my parents had convened. We all sat stunned and weeping, incredibly sad, but buoyed by our healthy four year old who danced and sang around us.

In the years that followed, achieving a balance between health and sickness became our goal. We did our best to make Morgan comfortable, to find ways to stimulate her,  and focused on keeping her healthy, and enjoying her smiles, belly laughs and sweetness. At the same time, we started the Canavan Foundation which has focused on helping researchers to discover accurate carrier screening so no other families would have the same experience of loving and losing a child from this genetic disease. Morgan Gelblum died in 1997, at the age of 7-1/2, but the Canavan Foundation works on to prevent autosomal recessive diseases in her memory, 26 years after its beginnings. 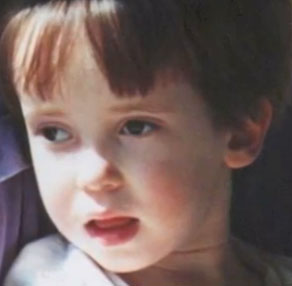